To me, Summer means cool breezes on the beach, picnics, long walks in the evening, iced sweet tea on the porch, and fried green tomatoes. And of course I have to watch the movie "Fried Green Tomatoes" while eating some too! 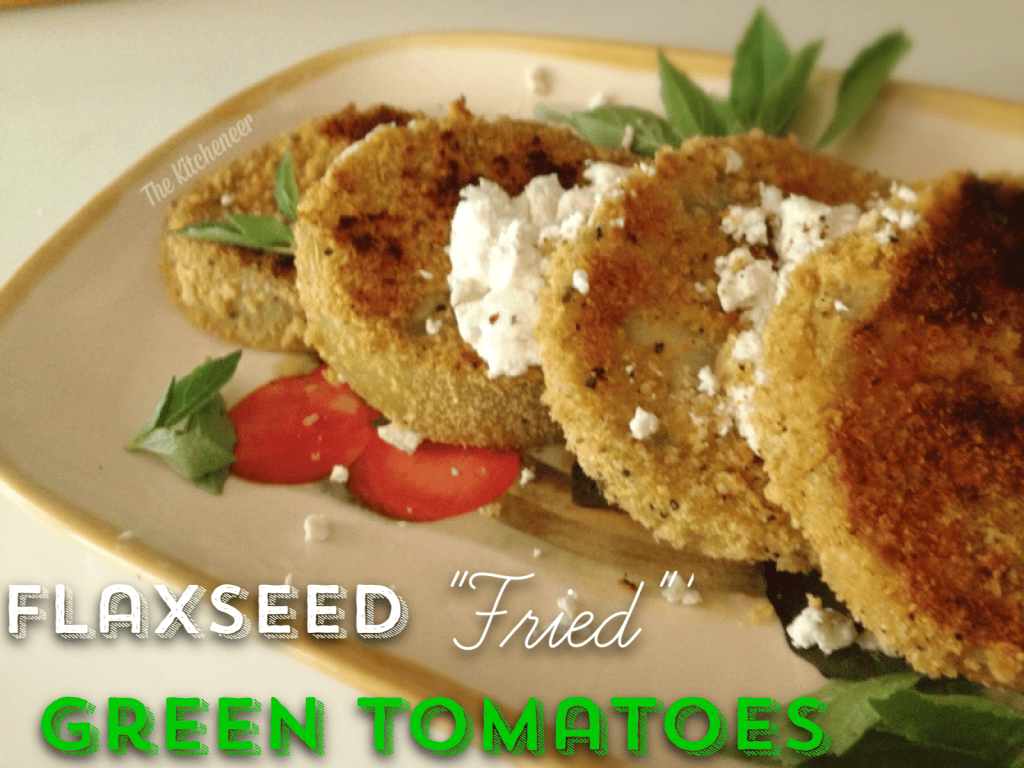 Unfortunately, anything fried isn't good for you. That's why I love my "job" at lightening up my favorite foods!

These green tomatoes are dredged in whole wheat flour, dipped in egg white mixture, then dredged again in a flaxeed panko mix. Then they are pan "fried" in only 1 tbs of extra virgin olive oil! That's it! They are amazing and I can have my fried green tomatoes without the guilt!

Nutritional Facts are based off My Fitness Pal App

½ cup whole wheat flour ( I added extra black pepper to the flour to kick it up a notch!)

In a medium sauce pan heat water, vinegar, sugar, and salt until it begins to boil

Add tomato slices and let simmer for about 5-6 minutes 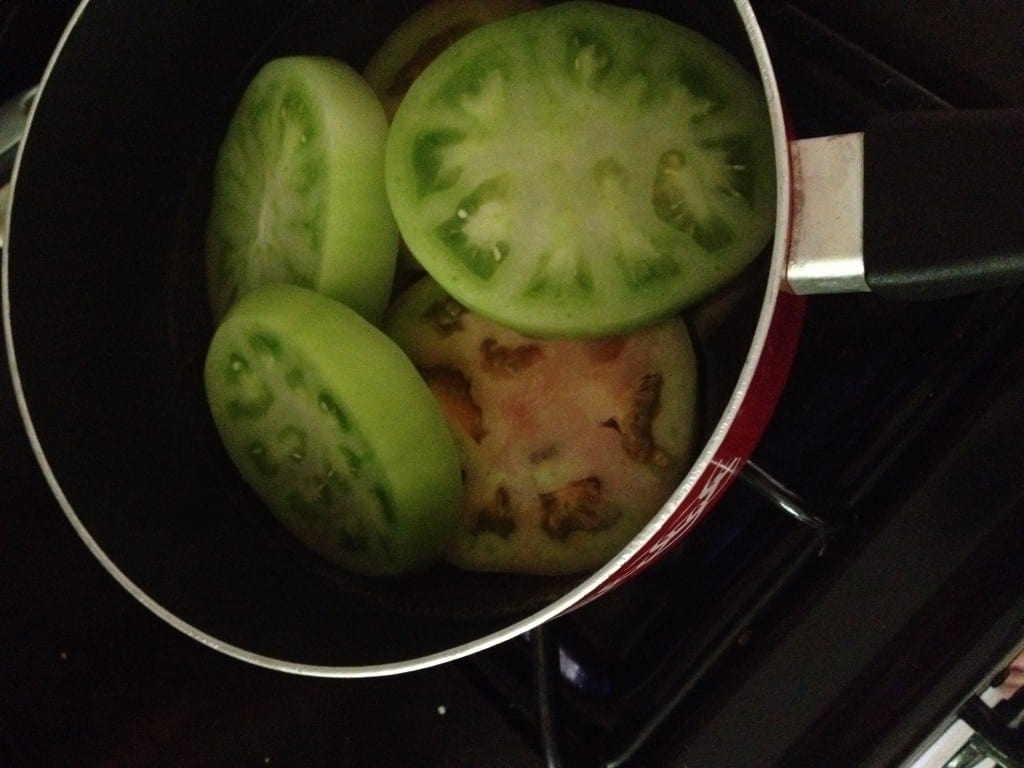 Remove from heat and let the tomatoes sit in the vinegar mixture for 15 minutes.

While the tomatoes sit, get the bowls set up for dredging and dipping: 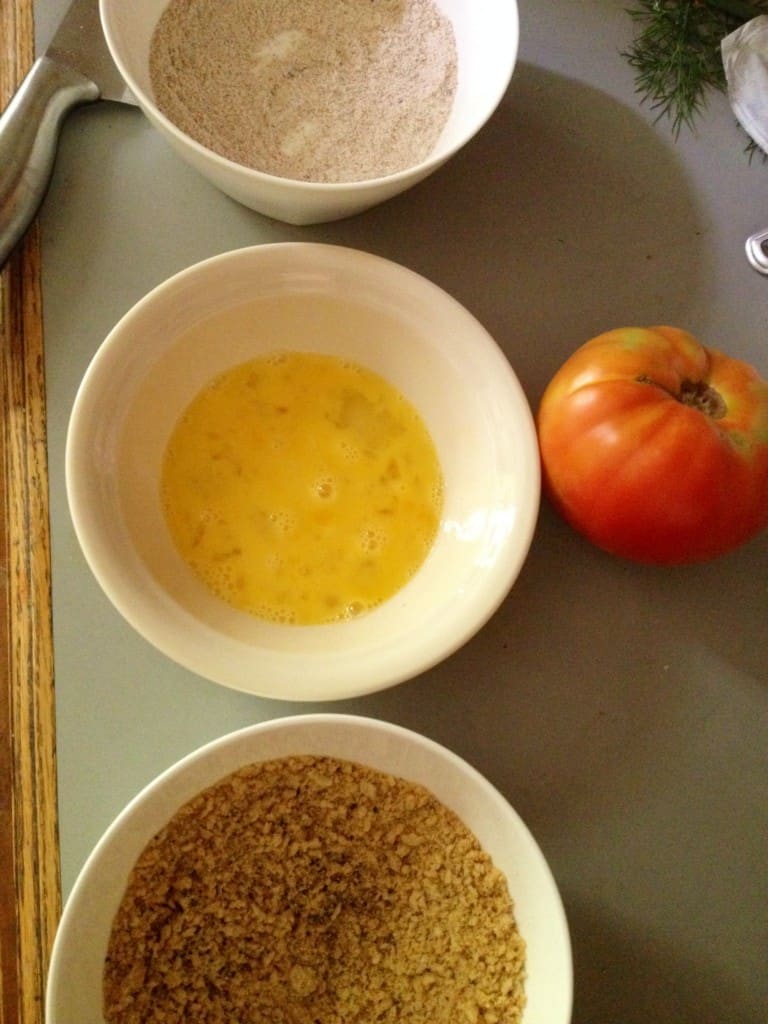 Remove tomato slices to a plate with paper towels to cool and pat dry. 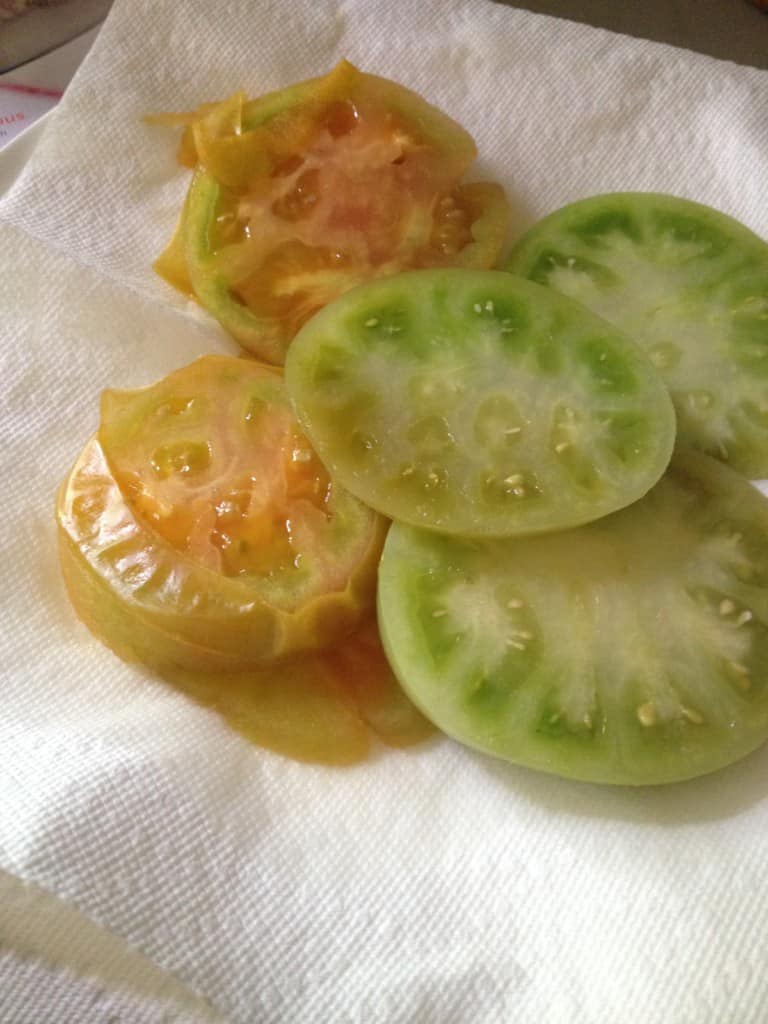 Dredge each tomato slice in the flour, then dip in egg mixture, and finally dredge in panko mixture. 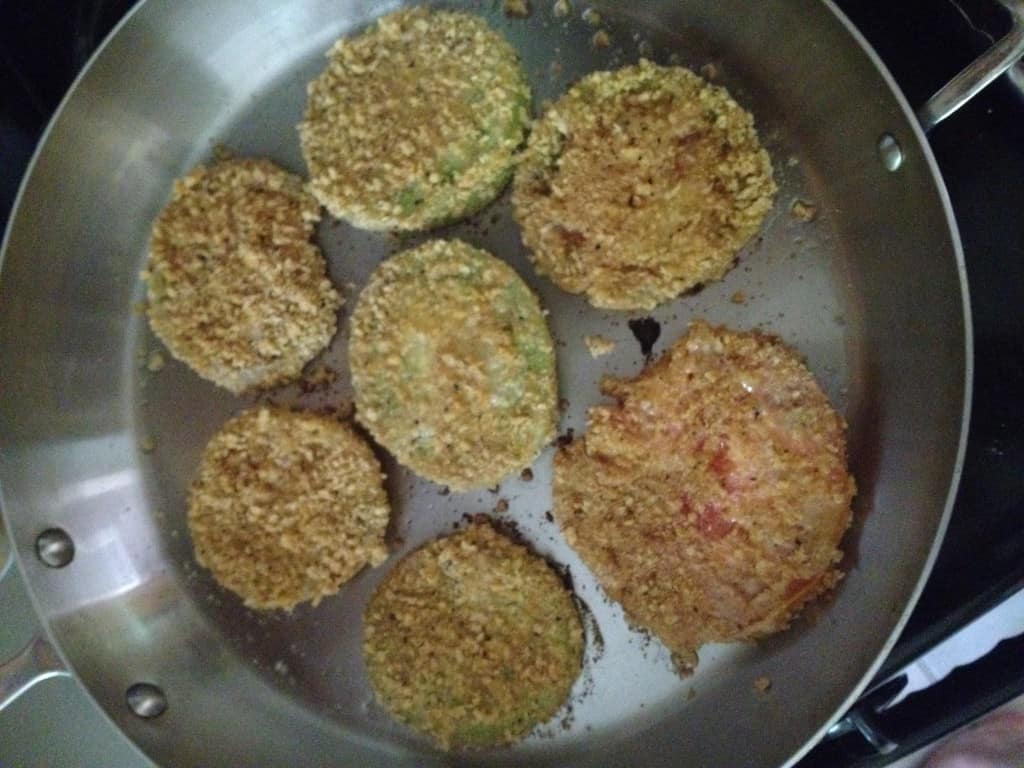 Serve on a platter with some herbed goat cheese! Enjoy! 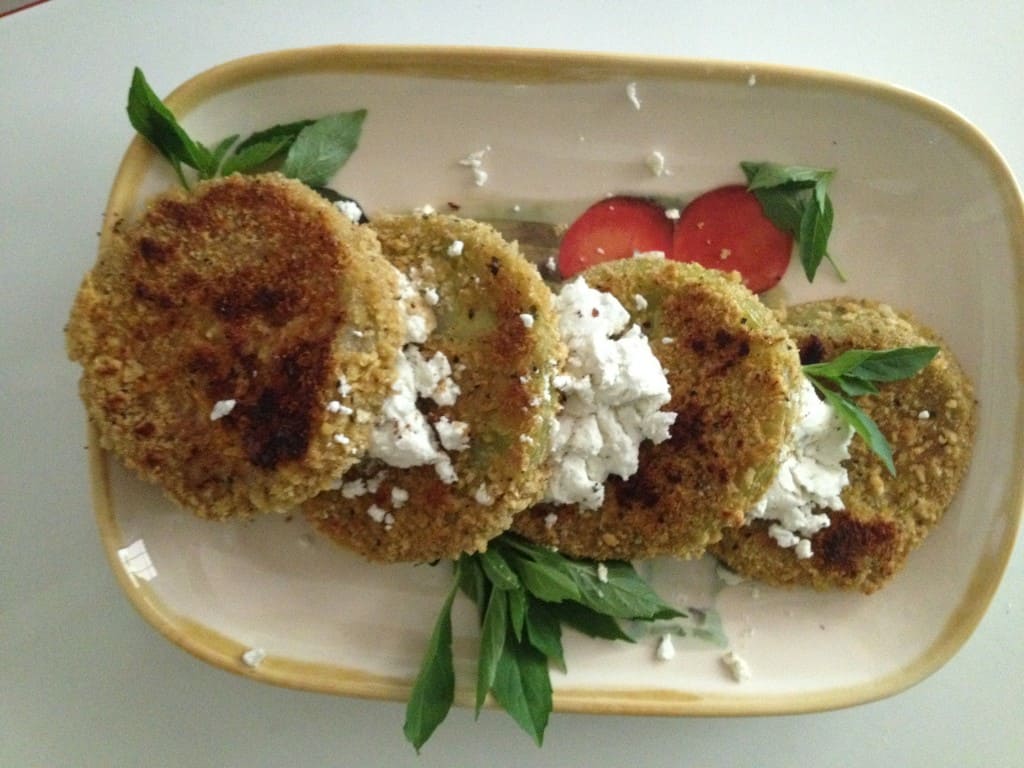 To make this to-go:

These don't store for very long ( maybe an extra day or so) so plan on eating in that time period. I would turn these babies into a tasty veggie wrap for lunch the next day with some Laughing Cow cheese. lettuce, red onion, and what ever you like!

« Blog Tour
Wine & Design and a thank you to my readers :: GIVEAWAY »